Too Many Businesses are Still Using Windows 7 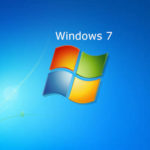 Windows 7 was once the best operating system ever made by leaps and bounds. Now, it’s unsupported and shouldn’t be found on any Internet-connected device. Unfortunately, this isn’t the truth as millions of people are still using Windows 7 for their businesses. Today, we will take a look at why Windows 7 is dangerous and what options businesses have to upgrade away from the unsupported OS.

As of this writing, nearly a quarter of all businesses are still using Windows 7 for one reason or another. Having chosen not to upgrade to Windows 10 (or didn’t want to upgrade their Windows 7-dependent software) when it was offered free, with fears that it would be more mobile device oriented, it seems these businesses don’t want to fork over the money to upgrade away from Windows 7. The problem with this strategy is that, as we mentioned at the outset, Windows 7 is no longer supported by Microsoft and is a major security problem. With no more security patches and updates, the OS will become filled with vulnerabilities, exposing business data. Is your business one of the whopping 47 percent of businesses that were still using Windows 7 when Microsoft retired it in January? Can your business afford to lose control over its data?

Windows 7 was released over a decade ago in July of 2009. In that time, Microsoft has upgraded its OS multiple times. So, while its functionality and usability are decent, it is a ticking time bomb because Microsoft no longer patches or updates the software. It’s not hard to fathom hackers taking advantage of this as they try to steal data and access from the millions of people who still use Windows 7.

Law enforcement is even mentioning that it’s a liability to use Windows 7. The Federal Bureau of Investigation released the following statement to their corporate partners in the private sector: “As time passes, Windows 7 becomes more vulnerable to exploitation due to lack of security updates and new vulnerabilities discovered."

Although they especially mention enterprises in the release, it’s not just major corporations that have something to lose by using old and unsupported software. You wouldn’t buy a window that is already cracked, would you? Windows 7 is that cracked window.

For companies that utilize legacy software that doesn’t run on Windows 10, it’s probably because there is a better version of that software, too. Besides, if you actually needed to run an old piece of software in order to do your job, there are cloud-based alternatives to run legacy software. There is simply no good reason to run Windows 7 on a machine that is connected to the Internet.

What Should My Company Do?

Plan your upgrade today. The IT professionals at Compudata can find you the hardware, software, and other technology resources to meet your business’ needs. Our technicians are versed in all manners of business technology and specialize in promoting a secure, efficient computing environment that can take your business where you want it to go.

Comments Off on Too Many Businesses are Still Using Windows 7
Posted in Best practices, Blog
Tagged Efficiency, Security, Windows

Would you believe it if we told you that the members of Generation X, Millennials, and Generation Z are more likely to fall for online shopping scams than those aged 60 or over? Well, according to the Federal Trade Commission, the numbers aren’t even close. If you’re under age 60, you’re 86 percent more likely to fall prey to scammers. END_OF_DOCUMENT_TOKEN_TO_BE_REPLACED