4 Network Security Statistics that May Surprise You 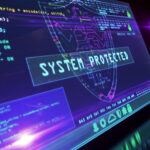 Cybersecurity has to be a priority for every business and one of the best ways that you can gain the perspective you need to make the right decisions is to look at the statistics. Today, there is more known about how hackers and scammers try to get around cybersecurity efforts than ever before and it can help you develop a strategy to combat cybercrime.

Let’s start with the overall numbers:

At $6 trillion dollars, cybercrime would qualify as the world’s third-biggest economy. Not only that, the evidence suggests that up to four percent of the U.S. GDP is siphoned off by cybercrime. That is a total of hundreds of billions of dollars stolen by hackers and scammers each year, just inside the U.S.

Most people think that data breaches are situations that are easy to detect, but apparently, the average time to detection is hovering around 287 days according to IBM. This increases for data-heavy industries such as healthcare and financial services. IBM also gives a timeline for containment, and unfortunately, that is around 80 days.

For years, social engineering attacks weren’t the main type of computer-based attack, but as cybersecurity became more of a priority, hackers needed to change their strategies; and, what’s better than breaking into a network? Having someone let you in. That’s exactly how the phishing attack works. Now it is the standard means of cyberattack.

You may think that your business is far too small to have to deal with cybersecurity issues, but that isn’t the case at all. In fact, the less you concern yourself with cybersecurity, the larger target you are. If the average business deals with 22 security breaches per year, you can rest assured that if you neglect to focus on cybersecurity, you will likely pay the price.

Your business has to put together a strategy aimed to protect your network and infrastructure from the myriad of threats it faces. Compudata can help, give us a call today at 1-855-405-8889 to have a conversation about your business’ network security.

If you are a user of Microsoft Outlook, you might have noticed that most of your important messages get grouped into an inbox titled Focused while others get directed to the Other inbox. While this might be helpful for some users, perhaps you want to turn off this feature and use Outlook the old-fashioned way. Let’s go over how you... END_OF_DOCUMENT_TOKEN_TO_BE_REPLACED