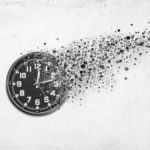 Software giant Adobe will cease support of Flash Player and the 24-year-old software will retire at the end of the year, according to the company. This is a pretty big deal, and the loss is one that will be felt by many businesses. Or will it?

For a large part of the past decade, Flash Player and other Flash supported software has been phased out, so this shift isn’t all that surprising. Flash has seen its troubles which is largely why software giants such as Google, Microsoft, and Apple have phased it out as well.

The news doesn’t come with a lot of fanfare, but it was one of the most reliable pieces of software and completely revolutionized the Internet. As Adobe moves to retire support for the software, it should be removed from all computers to avoid it being used as a pathway onto your network from the outside.

Just like any other software that has been retired, without support, the security makeup of Flash will deteriorate quickly, leaving it to be used as an active exploit, a situation that can put your business’ welfare at risk.

To avoid this scenario, you simply have to diligently update your business’ computing systems (and your own while you’re at it) to a configuration that doesn't include any Flash-related software.

If you would like to talk to one of our IT professionals about Adobe Flash, how it could become a problem for your business, and how to keep your business’ IT up and running securely, call Compudata at 1-855-405-8889 today.

Comments Off on Adobe Finally Shutting Down Support for Flash
Posted in Blog, Security
Tagged End of Support, IT Support, Software

Smart devices of all types are constantly being introduced to consumer markets. People are finding that some of these devices are making it much easier to track and manage their lives. When considering whether or not these smart gadgets are useful for your growing business, you have to consider two factors: Security and reliability.  END_OF_DOCUMENT_TOKEN_TO_BE_REPLACED