At Long Last, Windows 7 Users Have to Switch to Windows 10 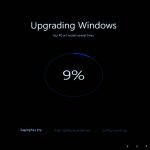 It wasn’t too terribly long ago that Windows 10 was offered for free to users of Windows 7 and Windows 8.1. While this offer was constrained to a limited time, the response was surprisingly stagnant. Why didn’t more people jump at the chance to snag the latest version of the operating system - especially when it would come at no cost to them?

Let’s consider Windows 7 for a moment. There’s a reason that it is still so popular among users, despite being a decade old… In many ways, the operating system still holds up. Let’s face it - the transfer from Windows 7 to Windows 8 back in 2012 was a bit of a bust as well, so is it really that surprising that it has happened again?

What Made Users Pass Up a Free Upgrade?

One of the major sticking points that prevented Windows 10 from being a runaway success was the discomfort many felt with some of the default settings, which included features and services that many found controversial and intrusive.

Basically, users felt the amount of data collected by Microsoft through Windows 10 was excessive. Many found issue in the fact that their conversations can be listened in on, thanks to the introduction of Cortana to the Windows experience. Unless the user specifically deactivated Cortana in their settings, Cortana would be listening at all times. While this is a necessity for a voice-activated anything to work, it does open up questions about what additional information Cortana could collect.

This wasn’t all that was collected, either. The world’s biggest software company also collected the following information:

Other Differences Between Windows 7 and Windows 10

One frustration that users who did make the switch discovered was that Windows 10 didn’t have any software installed to play a DVD by default, requiring the user to find and install a program for themselves. While this may not have made much of a difference in the grand scheme of things, it was still an inconvenience. Another difference between the operating system’s versions was that updates were suddenly pushed onto the patching system, making them automatic.

These are just two small examples of the changes made between Windows 7 and Windows 10, but it does help us to understand why Windows 10 wasn’t a running success as was anticipated: people are resistant to change. Even if an upgrade is free, a user isn’t going to be motivated to switch away from an operating system that they like and are comfortable with.

Why Business Users Now Have to Migrate

After being around for a full decade, Windows 7 is finally being retired. Microsoft is ending support for Windows 7 on January 14, 2020. This means that there will be no more security updates, and therefore the vulnerability of any system still running Windows 7 after that point will increase exponentially. Windows 10, on the other hand, will still receive security updates, which is one reason why users are making the switch. Of course, this isn’t the only feature that Windows 10 has to offer. They also provide:

When a change is made to software, it is almost always a good thing. This isn’t to say that it isn’t an intimidating leap to make, and Compudata understands this. That’s why we’re here to help you acclimate yourself to Windows 10, and migrate your systems over before January 14. Call us at 1-855-405-8889 to get started.

Comments Off on At Long Last, Windows 7 Users Have to Switch to Windows 10
Posted in Blog, Technology
Tagged Microsoft, Upgrade, Windows

Smart devices of all types are constantly being introduced to consumer markets. People are finding that some of these devices are making it much easier to track and manage their lives. When considering whether or not these smart gadgets are useful for your growing business, you have to consider two factors: Security and reliability.  END_OF_DOCUMENT_TOKEN_TO_BE_REPLACED