Tip of the Week: Don’t Get Faced by FaceTime 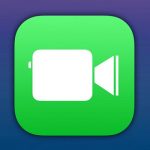 Sometimes threats come from the most unlikely places. One such threat came in the form of Apple’s FaceTime app, which gives users the ability to spy on others without their consent through group FaceTime calls. Even though a patch has been issued that solves the problem, it’s still worth reflecting on.

The most dangerous part of the FaceTime group vulnerability is that it was accessible to any use who wanted to use it. It was so accessible that Apple had to go out of their way to disable the entire feature until the bug was resolved, keeping users from using a service for the sake of security.

Apple released an update to iOS 12.1.4, which turned the feature for group Facetime back on. Until the user applies the patch, they simply won’t be able to access this feature. Considering how dangerous this situation was, it makes sense that this is the way to handle such a bug. Instead of leaving the users’ security to themselves, thereby putting them at risk whether they know it or not, Apple is just shutting off the service until the user updates the device. In this way, Apple is leaving no room for error.

How to Upgrade Your Device
If you own an iOS device, run the update by following this path: Settings > General > Software Update. Be sure to keep in mind that the device needs to be charged, and you’ll also need a wireless connection. If you find that you’d rather have updates install themselves, you can also enable automatic updates on the same screen.

In the end, this just shows that you need to be security-minded. If you fail to do so, you could be putting your privacy at risk.

Installing updates is an important part of protecting your organization’s data, as well as your own personal information. To learn more about how you can make sure your business stays as secure as can be, reach out to us at 1-855-405-8889.

Comments Off on Tip of the Week: Don’t Get Faced by FaceTime
Posted in Best practices
Tagged Apple, iOS, Vulnerability

Would you believe it if we told you that the members of Generation X, Millennials, and Generation Z are more likely to fall for online shopping scams than those aged 60 or over? Well, according to the Federal Trade Commission, the numbers aren’t even close. If you’re under age 60, you’re 86 percent more likely to fall prey to scammers. END_OF_DOCUMENT_TOKEN_TO_BE_REPLACED