Tip of the Week: Identifying Your Virtualization Needs 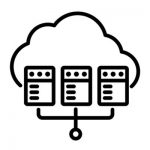 Virtualization has opened a world of opportunity for businesses seeking a more flexible business computing system, rather than a disparate and occasionally wasteful collection of computing components. For this week’s tip, we’ll walk through the process of adopting virtualization and what that will entail for your business.

What Does Virtualization Even Mean?
To understand how virtualization can help a business, it would help to truly understand what this process is and what its purpose is.

In a traditional server architecture, one operating system would be installed on each server, and as such, the software on that machine would be pretty closely linked to the hardware itself. Alternatively, when virtualization is deployed, the operating system (or storage solution, application, etc.) is instead abstracted away from the server and relies on an emulated copy hosted in a layer of software, called the hypervisor.

What’s So Great About That?
Well, before virtualization came about, the direct relationship between a system’s hardware and software was problematic in certain situations. For instance, configuring software was a challenge, as was trying to move software to a different hardware solution (like one would have to do when restoring data from a backup). Virtualization made it practicable to scale a solution based on current need, with little noticeable effect on the performance of the solution.

What Kinds of Virtualization Are There?
Network Virtualization - This variety of virtualization simplifies a network by “breaking” it up into smaller, more easily-managed pieces (called “channels”) and assigning these channels and their resources where they are needed at that point in time.

Server Virtualization - As discussed above, this kind of virtualization is used to make a server more useable, as well as generally simpler for a user to understand. As a whole, this offers an improved resource for the user, with the ability to increase the server’s capacity in the future.

Desktop Virtualization - Desktop virtualization is effectively the ability to create a simulated desktop that is hosted in a server, rather than acquiring the device necessary to host an entirely new desktop environment. This makes this new “workstation” accessible, securely, in a much more portable manner.

Storage Virtualization - Storage area networks have storage virtualization to thank for their existence, as this kind of virtualization is commonly found within them. This variety pools the storage capabilities from multiple physical solutions into a unified, managed, “single” virtualized space.

Data Virtualization - By abstracting things like location, format, and performance from a data set, this data set is able to be assigned broader access.

If you’re interested in exploring how your company can leverage virtualization further, reach out to the pros at Compudata by calling 1-855-405-8889.

Smart devices of all types are constantly being introduced to consumer markets. People are finding that some of these devices are making it much easier to track and manage their lives. When considering whether or not these smart gadgets are useful for your growing business, you have to consider two factors: Security and reliability.  END_OF_DOCUMENT_TOKEN_TO_BE_REPLACED