Cybercriminals Can Throw a Wrench in Well-Laid Plans 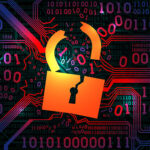 Do you remember the good old days when you could go down to the store and purchase antivirus software that you installed off of a CD-ROM? It used to be the case that this would be enough, but if you think that’s going to cut it these days, think again. Businesses have so much more to worry about in the realm of cybersecurity.

Modern computer malware is much more dangerous than it used to be. In the past, it was simply meant to spread and annoy users, and to be fair, these types of threats still exist. It’s just that most users are protected well from these particular threats, and it’s all thanks to innovations that have been built into modern operating systems. This is where the good news ends, though.

Cybercriminals have found that their skills are actually quite valuable, and so is the data that most businesses hold—data like personal information, credit card information, and so on. It’s been estimated that cyberattacks make up roughly one percent of the entire global economy, and that rate is on the rise. While one percent doesn’t seem like a big deal, that one percent equals around $600 billion, and since many crimes go unreported, this number could be even higher.

Cybercrime is a Business Model

Most businesses run a proper antivirus system these days, which is a relief. Centrally-managed, monitored, and maintained antivirus can go a long way toward keeping your business safe from threats, but with cybercrime being as lucrative as it is for hackers and cybercriminals, you need to treat it like you would any other type of business.

It’s important to look at cybercriminals as the skilled technology users they are, and while we hate to admit that, we can’t emphasize enough that you cannot afford to underestimate these cybercriminals. In a way, you can say they are here to disrupt the industry in ways similar to other innovators, even if in this case, the innovators are the ones causing the problem. At its root, cybercrime is about making the most amount of money with the least amount of effort with methods that are highly repeatable and reliable.

And the worst thing is that they are out to get what you’ve been working so hard to build up: your precious business and resources.

Adhering to the strict standards of cybersecurity protections is more than just the law; it’s also a matter of privacy and regulations. You’ll need to ensure that if you are in an industry where there are strict laws surrounding privacy and regulations, you do all you can to keep hackers from stealing you out of house and home.

If only all it took to keep your business safe was installing a new antivirus software. Thankfully, however, it can be as easy… if you work with a managed service provider like Compudata.

As long as you take a proactive and preventative approach, you shouldn’t have anything to worry about for your network security. To learn more about how we can keep your business safe, reach out to us at 1-855-405-8889.

Comments Off on Cybercriminals Can Throw a Wrench in Well-Laid Plans
Posted in Blog, Security
Tagged Malware, Network Security, Security

Business is hard enough even without having to manage your technology. There are plenty of people to manage, tasks to organize, and operations to streamline. Thankfully, there are plenty of ways you can leverage technology to make a big difference in the way you focus your time and energy throughout the day. Let’s take a look at some innovative tools... END_OF_DOCUMENT_TOKEN_TO_BE_REPLACED