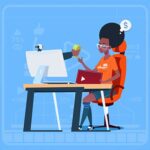 You’ve no doubt seen the concept of “streaming” online at some point or another, whether it’s consuming content on Netflix or Youtube. However, content creators with an established fan base can stream their content on Twitch to make a living. If you have ever wondered how much some of these creators make, well, a recent hack has exposed this information and created a whole kerfuffle that must be addressed by Amazon.

ZDNet reports that, “A hacker leaked the entirety of Twitch's source code alongside a 128GB trove of data that included creator payouts going back to 2019, proprietary SDKs and internal AWS services used by Twitch, as well as all of the company's internal cybersecurity red teaming tools.” Most people focused on the revenue earned by certain high-profile streamers, but as time went on, more people began to look at this event and use it as an opportunity to learn more about data privacy and security.

Twitch responded by urging users to protect their bank accounts and other affected credentials. The company itself also reset the stream keys used to connect Twitch to various streaming platforms used to capture and broadcast audio and video to viewers. At this time of writing, there has been no indication that credit card numbers or login credentials were exposed, but you can never be too careful, especially when it comes to network security.

The issue originated from a configuration error that left certain information available to the Internet. We’ve seen quite a few of these errors pop up recently where errors and negligence on the service-side of things have led to either data breaches or the exposure of sensitive information for any amount of time. In either case, there is not much that can be done besides shore up defenses and ensure that it doesn’t happen again.

The more pressing issue at hand, however, is not how much streamers make or the frustrations they have while they get back on their feet following Twitch’s breach, but the fact that the Twitch application’s source code was released into the wild. Hackers can use this information to find security flaws in the application’s code and exploit them. Furthermore, Twitch’s competitors can use the code to find ways to make a dent in the streaming service giant’s market share, so it is not just a question of security but also intellectual property.

The moral of the story is, again, to always remain vigilant. You could do everything right and make sure everything is configured properly on your end, but if the service provider fudges something on their end, it’s curtains for your security. We recommend that you only work with providers whom you can trust to carry out their duties with minimal chances of security breaches.

Compudata is one such provider! For your technology management needs, we can be your go-to resource. To learn more about what we can do for your business, reach out to us at 1-855-405-8889.

Did you know that the United States has been pushing for the digitization of the dollar? There are certain benefits and detriments to doing so, but we wanted to go over some of them today so you can see how such a thing–digitization–might benefit your company. We’ll take a closer look at the legislation today. END_OF_DOCUMENT_TOKEN_TO_BE_REPLACED