Is the Representation of Hollywood Hackers Accurate? 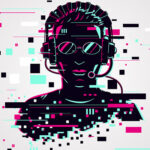 Technology is so commonplace in today’s society that it’s often portrayed in unrealistic ways, especially in entertainment. Hackers, for example, don’t exist in the same sense that they do in the entertainment industry. Let’s take a look at some of the biggest differences between how hackers appear in television and media compared to what they are really like in the real world.

Hacking Isn’t So Up Tempo

Hacking is often something that is being rushed in entertainment. There might be some fast-paced music playing in the background while some good-looking white-collar hacker types 20 lines of code per minute with no mistakes whatsoever. There might even be multiple people click-clacking away at the keyboard. This is a completely unrealistic portrayal of what hacking really looks like.

Most of the software used in the above situations is completely fake. The user interfaces, for example, are often so janky and confusing that it would be impossible for your average user to understand what they are looking at. Simply put, portrayals like the ones outlined above are entertainment, and nothing else. There is a reason for this, though, and it’s pretty simple.

Real hackers lean toward automated tools that do all the work for them, like phishing emails, cracking passwords, or other spam campaigns that are designed to fool users. Real hackers look over hundreds and hundreds of lines of code just to find one single vulnerability. Real hackers are generally loners or, in some cases, work in an office environment, working toward stealing data from or breaking into a network. It’s not exciting at all; in fact, it’s pretty boring stuff.

Why We Should Be Thankful these Depictions Aren’t Accurate

If the entertainment representation of hackers were the reality, we might be in for a rough time. Hacking is a crime, and the more exciting the media hypes it up to be, the more people will want to try it, which is a problem. Recently there have been significant updates for ethical behaviors in computing and they state to “access computing and communications resources only when authorized or when compelled by the public good.” In essence, entertainment has a duty to educate people on what these acts truly are: crimes against the public good. If anything, the hackers as they are portrayed in the media should be seen as comic relief rather than be taken seriously.

What do you think about how hackers and other cybercriminals are portrayed in the media? Do you think the media should take a more ethical stance on how they are portrayed? Let us know in the comments.

Comments Off on Is the Representation of Hollywood Hackers Accurate?
Posted in Blog, Miscellaneous
Tagged Entertainment, Hackers, Security

Running a business can be stressful and scary, and for these reasons, it is perhaps one of the most amazing things that individuals can strive to do. Sure, there are countless ways that things could go wrong, but all it takes is for a couple of things to go right for you to see some level of success and reap... END_OF_DOCUMENT_TOKEN_TO_BE_REPLACED