Is Windows 10 the Last Windows? 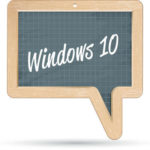 Windows 10 is five years old now. It didn’t become what it first set out to be, but today it can be found on over a billion devices. Not too shabby. The operating system is still being developed by Microsoft, which based on the company’s history, is kind of surprising. After they suggested that it would be the last version of Windows, some people were confused. Could Microsoft stop making Windows? Let’s take a look.

Microsoft has built what just might be the best operating system ever made. It can do almost anything, but since Microsoft pulled the plug on their smartphone lineup, and most of their other smaller offerings are nowhere to be found, the majority of devices that run Windows 10 are PCs. Microsoft gave the software away for a pretty long time and as a result more people are using that ecosystem than any other PC OS.

With Windows 10, Microsoft was able to find a happy medium between the PC usability of Windows 7 and the mobile usability of Windows 8.1. As a result, several of the best-selling laptops in the world feature Windows 10 and a touchscreen. With a billion people on the platform and actively using it, it sets consumers up for…

Now that you are invested in the Windows 10 platform, you will be happy to know that Microsoft is, too. This may be the last version of Windows, but the delivery of Windows may mean something completely different going forward. Microsoft has admitted that they are going to take OS deployment in a new direction; changing forever the way they will brand and support the product.

The as-a-Service Model to software is nothing new. Everytime you watch a movie on Netflix, listen to a song on Spotify, or use Microsoft 365 apps online, you take part in the as-a-Service revolution. Microsoft is bringing that model to their OS. Essentially, they are going to continuously update the current Windows platform. In fact, we just got another major update for the platform in May 2020.

So, the question remains: Is Windows 10 the last version of Windows? Not really.

For more great technology-based information weekly, check back at our blog.

Would you believe it if we told you that the members of Generation X, Millennials, and Generation Z are more likely to fall for online shopping scams than those aged 60 or over? Well, according to the Federal Trade Commission, the numbers aren’t even close. If you’re under age 60, you’re 86 percent more likely to fall prey to scammers. END_OF_DOCUMENT_TOKEN_TO_BE_REPLACED