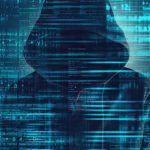 A suspected cyberattack on Newfoundland and Labrador’s health network has led to the cancellation of thousands of medical appointments across the province and forced some local health systems to revert to paper.

The “brain” of the network’s data centre, operated by Bell, has been damaged, including the main and backup computer systems, Health Minister John Haggie told reporters Monday. He said the “possible cyberattack by a third party” was first detected Saturday.

“It has taken out the brain of the data centre …. Our main aim here now is to mitigate the effect and maintain some continuity of service for the people of this province,” Haggie said.

Newfoundland and Labrador’s Eastern Health region was hardest hit, leading to the cancellation Monday of all non-emergency medical appointments and procedures. Eastern Health CEO David Diamond said his agency has lost access to everything from basic email to diagnostic images and lab results, adding that non-urgent medical procedures are likely to be cancelled again on Tuesday.

Physicians, he added, have told him that without X-rays and CT scans being available electronically, it would be safer to delay appointments and procedures for several days. “We can’t handle the same volume in a paper-based system, so it’s safer to reschedule,” he said.

Haggie, however, decline to comment about whether the damage was due to what’s known as a ransomware attack – in which hackers demand payment in exchange for restoring access. The minister would only say the investigation is ongoing.

Steve Waterhouse, a former information systems security officer with the Defence Department, said in an interview Monday the damage to Newfoundland and Labrador’s health system bears all the hallmarks of a ransomware attack. Health systems are prime targets for cyberattacks because they are essential services and the public can’t tolerate losing access to medical care for extended periods, he said.

“I believe it is ransomware that got inside of that (computer system) and crippled the operation …. It’s highly probable it’s ransomware, as this (phenomenon) is spreading across the country,” Waterhouse said.

When it comes to your business’ technology, a lot can go wrong if you don’t take the time to… well, take care of it. The best way to ensure that your technology remains in proper working order is to keep up with basic maintenance. We realize that this can be a challenge, though, especially for small businesses with limited budgets. END_OF_DOCUMENT_TOKEN_TO_BE_REPLACED