OneNote 2016 is Dead, Long Live OneNote for Windows, Part I 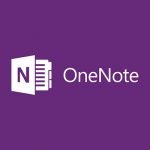 Microsoft’s handy little note-taking app, OneNote, is gearing up to hit the old dusty trail and retire. At least, that’s the plan for OneNote 2016, whose end of life coincides with the rest of the Office 2016 suite in October, 2020. Fortunately, most of us already have OneNote 2016’s successor installed. Wait, what?

OneNote has been sort of a hidden gem over the last several years. It’s been included in most Microsoft Office packs, including Office 365 subscriptions, and for those who have discovered it and got to know it, it’s a great little app for taking quick notes, organizing thoughts, and most importantly, it even syncs with smartphones.

If you’ve been using OneNote for a while, chances are you are using OneNote 2016, which over the last few years, has come with Office, including Office 365. You might have noticed how some Microsoft Office apps get little updates and tweaks over time, but OneNote 2016 hasn’t been given that kind of love. That’s because Microsoft has other plans for the app.

Although OneNote 2016 will still get support from Microsoft for a little while, their focus is on the OneNote app that comes bundled with Windows 10. In fact, there’s a very good chance it’s already installed on your computer. Click on your Start Menu and type OneNote and you’ll likely see two options; OneNote 2016 and simply, OneNote.

These are two separate apps, and Microsoft is focused on making OneNote (Not OneNote 2016) the definitive version.

What’s the Difference Between OneNote 2016 and OneNote?

According to Microsoft, the big difference is that OneNote now comes with Windows 10, and it’s no longer exclusive to Office. It will still be bundled in with Office 365 and Office 2019, AND OneNote 2016 will still be available as an option for anyone who still needs it, for now.

They’ve been adding new features to this new version of OneNote, especially when it comes to sharing, sorting, and dressing up your notes with annotations. If you have a computer or tablet with a pen, like the Surface Pro, support for that has improved a whole lot too.

Microsoft has a big list of features available on the new OneNote, and a much shorter, and hopefully less critical list of features that are only on the older version. Check out both lists here.

OneNote 2016 isn’t going to get new features, so if you want the latest and greatest capabilities, you’ll need to move everything over to the new OneNote.

Fortunately, you can run both apps side by side, so you can play around with the new OneNote before you commit to migrating your notes over. Personally, this gave me some time to get rid of old notes and do a little spring cleaning, and since my notes were all organized into Notebooks, I was able to simply open up my Notebooks in the new app and start using them right away.

We’re going to put together a guide shortly on how to migrate your OneNote 2016 notes into the new version of OneNote for those who might not be so lucky. Keep an eye on our blog!

Smart devices of all types are constantly being introduced to consumer markets. People are finding that some of these devices are making it much easier to track and manage their lives. When considering whether or not these smart gadgets are useful for your growing business, you have to consider two factors: Security and reliability.  END_OF_DOCUMENT_TOKEN_TO_BE_REPLACED