RCMP has reported an uptick in ransomware attacks 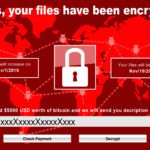 A construction company that's won millions of dollars worth of contracts with the military and other federal departments has been hit by a ransomware attack — raising questions about how the federal government does business with outside firms open to cyberattacks.

Ransomware attacks involve malicious software used to cripple a target's computer system to solicit a cash payment. Last month, a group is known as Maze — infamous for publicly shaming victims until they pay up — claimed to have run a successful strike against the Toronto-based company Bird Construction, stealing 60 GBs of data.

"Bird Construction responded to a cyber incident that resulted in the encryption of company files," wrote a company spokesperson in an email to CBC.

"Bird continued to function with no business impact, and we worked with leading cybersecurity experts to restore access to the affected files."

Article from the CBC:  Read more

Comments Off on RCMP has reported an uptick in ransomware attacks
Posted in Security
Tagged Ransomware, Stratford

Smart devices of all types are constantly being introduced to consumer markets. People are finding that some of these devices are making it much easier to track and manage their lives. When considering whether or not these smart gadgets are useful for your growing business, you have to consider two factors: Security and reliability.  END_OF_DOCUMENT_TOKEN_TO_BE_REPLACED