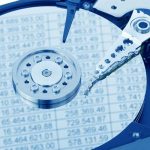 For decades, a common quick fix for a slow computer was to run a disk defrag on the hard drive. For most modern computers, however, this common practice can harm your computer. Let’s talk about why, and how you can tell.

Remind Me What Disk Defragging Is Again?

Disk Defragging has long been a pretty reliable way to squeeze a little bit of performance out of a slower computer, especially on computers that were going on a year or two without much maintenance otherwise.

Disk Defragging works by mostly organizing your hard drive, which stores the data on your computer, at the physical level. Think of it as the card catalogue system at the library; it’s easier to find a specific book when the card catalogue is in proper order.

Unfortunately, as your hard drive is writing and deleting data, it doesn’t always store things sequentially. A single file might exist across several areas of the physical platter on the hard drive. Hard drives spin so fast that this isn’t noticeable at a small scale, but over time it can start to take your computer longer and longer to boot up, open applications, load files, and perform other everyday tasks.

Defragging Doesn’t Seem So Bad. Why Shouldn’t I Do It?

On traditional mechanical hard drives, often referred to as HDDs (Hard Disk Drives), defragging wasn’t especially harmful. HDDs, although susceptible pieces of equipment, in the long run, were built in a way that they could withstand data being written, erased, and moved over and over again without wearing out the drive. Despite the delicate metal platters spinning at speeds around 72,000 RPM, they are pretty resilient to normal usage.

Don’t get me wrong, HDDs will wear out over time, but typically other mechanical failures will happen before the drive wears out due to overwriting the data.

We even recommend that HDDs are defragged usually depending on usage. For years, operating systems like Windows 7, 8, and even Windows 10 all can regularly defrag hard drives when the computer isn’t active, and that’s usually enough to keep a drive working efficiently.

The real problem these days is that not all hard drives are mechanical HDD drives. Most modern computers, and especially laptops, have ditched their traditional HDD drives for Solid State Drives (SSD).

What’s an SSD and Why Shouldn’t I Defrag It?

SSDs are storage devices that, unlike HDDs, don’t contain any moving mechanical parts. The data is stored electronically. These types of drives are much faster compared to traditional mechanical drives (for years, hard drive performance was the biggest bottleneck for overall PC performance until SSDs started to become affordable for consumers). SSDs are also much more energy efficient and less prone to being damaged if they are shaken or dropped. This makes them extremely popular in laptops and ultrabooks.

There is one downside to the improved speed, reliability, efficiency, and stability of an SSD. The cells start to deteriorate after a few thousand cycles. This isn’t a big deal for normal, everyday consumer usage, as it could take decades or even centuries before the cells in the drive wear out, depending on the model of SSD.

That’s typical usage though. We assume a regular user isn’t flushing their entire hard drive every few days, removing all of the data and filling it back up again. The average lifespan assumes you are just accessing files frequently, using applications, occasionally creating, downloading, and deleting files of various sizes, etc.

Disk Defrag reads all of the data on a drive and rewrites it as needed to organize it. This process is much more aggressive than regular everyday use and will reduce the lifespan of your SSD drive by a little bit each time it’s done.

How Do I Tell If My Drive is an SSD?

Most modern laptops sold over the last three or four years typically come with SSD drives, but there are exceptions. That said, it’s a pretty good bet your laptop is sporting a newer SSD as opposed to a traditional mechanical drive.

For everyone else, it depends on your PC’s configuration and your data storage requirements. Most new PCs come with SSDs, but manufacturers can still cut costs on budget desktops by using HDDs instead, and if you need a lot of storage ranging in the terabytes, HDDs are always the best option as high capacity SSDs can get very pricey.

To check in Windows 10, you can go into the Disk Defragmenter tool to see what type of drives you have.

If your computer is running slow, we can help! We can also proactively manage all of the computers in your organization to keep them running smoothly. Reach out to us at 1-855-405-8889 to learn more!

Would you believe it if we told you that the members of Generation X, Millennials, and Generation Z are more likely to fall for online shopping scams than those aged 60 or over? Well, according to the Federal Trade Commission, the numbers aren’t even close. If you’re under age 60, you’re 86 percent more likely to fall prey to scammers. END_OF_DOCUMENT_TOKEN_TO_BE_REPLACED