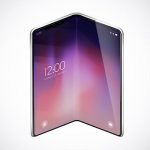 There have been whispers for years about manufacturers using flexible OLED (organic light-emitting diode) displays to create devices that were flexible enough to fold in half. As late as 2018, that’s all they were...whispers. In the subsequent year, to the surprise of many industry professionals, several manufacturers have committed to creating foldable devices. We’ll look at the technology behind these devices and tell you about which foldable devices are going to be available in 2019.

The first thing you should know about the technology that allows a display to fold is that it is an innovation from LED (light-emitting diode) technology. The LED is a semiconductor light source that emits light when an electric current flows through it. It works through a process called electroluminescence. As electrons in the semiconductor recombine with electron holes, energy is released as photons. The colour of the light emitted depends on how the photons cross the energy gap of the semiconductor.

In an OLED display, the electroluminescent anode is made from an organic compound. It is situated between two electrodes, and as the electrons move and recombine, light is produced through the emissive organic layer. Since it already produced visible light and not just a charge of targeted energy, no backlight is needed. As a result, OLED displays typically display deep black levels (which help in image contrast) and can be produced thin and flexible.

This doesn’t get us closer to why OLED displays can be so flexible. Inherently, the organic compounds found in an OLED anode can be manipulated any which way, as long as the transistor used to carry the energy formed by the electric current is also flexible. Once scientists figured out that problem, it was a simple task of finding a substrate layer that was able to flex while maintaining its integrity while bending. This is why glass, while used in most of the smartphones up to this point, isn’t an option for flexible screens. The flexible OLED displays typically make use of a flexible plastic substrate that provides the right mix of flex and strength that a foldable device needs to be effective.

Some of the top manufacturers like Motorola and Apple are rumoured to have foldable smartphones ready for market sometime shortly, but there are plenty of manufacturers, including the world’s most successful smartphone manufacturer, who is prepared to launch their first foldable phone. Let's look at some of the options you may see in 2019:

Available to the public on April 26, 2019, the Samsung Fold, is the first foldable smartphone to hit the United States’ smartphone market. Reportedly carrying an antenna capable of 5G speeds, it is a seminal phone in multiple ways. The biggest draw, however is the foldable screen. The unfolded screen measures at 7.3-inches and features a new Dynamic AMOLED display. When folded up, there is a 4.6-inch Super AMOLED display on the front of the phone. There is still no word how the software will integrate with the two displays. The Galaxy Fold features a strong 64-bit, octa-core processor and 12 GB of RAM. It comes standard with 512 GB of internal storage. The battery clocks in at 4,380 mAh. There are still a lot of questions being asked, and not many answers to be had about the Galaxy Fold.

The other early edition to the foldable smartphone market is the Huawei Mate X, which takes another strategy altogether. The Chinese manufacturer doesn’t protect the foldable display but uses it. The display when opened measures at 8-inches, but when it is closed the display wraps around the phone. This provides some interesting features when attempting to take pictures, giving a viewfinder no matter how you are planning on taking pictures. It also removes the need for front-facing lenses as the entire device is effectively a display. The specs include a Kirin 980 octa-core processor with 8 GB of RAM and 512 GB of onboard storage. The battery is 4,500 mAh with 55W fast charging standard. Since the launch of the product is a few months off, more information will be made available soon.

Oppo, Xiaomi, LG, Motorola, and Apple have all announced that they will be working on integrating foldable OLED technology into their catalogue before long. Are you looking forward to having a foldable phone (again)? Or are you skeptical that these manufacturers are creating gimmick devices that aren’t practical for consumers? Leave your thoughts in the comments section below.

Smart devices of all types are constantly being introduced to consumer markets. People are finding that some of these devices are making it much easier to track and manage their lives. When considering whether or not these smart gadgets are useful for your growing business, you have to consider two factors: Security and reliability.  END_OF_DOCUMENT_TOKEN_TO_BE_REPLACED