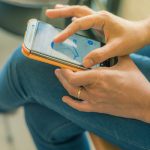 Maps are one of those very basic technologies that are always improving, starting as lines scratched into the ground and now living in our phones and giving us exponentially larger amounts of data. One of the first examples you may think of is Google Maps, which just got a few impressive updates that make the service even cooler.

Getting You There On Time
Google Maps has received quite the boost from some handy new features delivered to both the Android and iPhone versions of the app. First is the “Commute” tab, which delivers information pertinent to one’s route, and will even update the user to disruptions along the way. As it does so, Google Maps also now delivers alternative routes as possible. As a result, a user can potentially avoid those metaphorical bumps in the road, or at least be prepared for them when they come.

For example, let’s assume that you have two potential options for your route - one going through a more urban area, and the other skirting around the outside. Google Maps can tell you which option is more efficient based on data - perhaps city traffic is gridlocked, or there was an accident on the roads going around that has slowed traffic to a crawl.

Furthermore, for proponents of public transportation, Google has even included the occupancy of trains and buses in some areas, as well as real-time updates as to where it is along its route. Want to grab a quick breakfast burrito before your train arrives? Google Maps now lets you know if you have the time.

Music Makes For A Pleasant Commute
Google Maps now also enables in-app support for music services. Instead of having to switch back and forth between apps, Google Maps allows a user to control what they are listening to on Spotify, Google Play Music, and Apple Music.

So, what do you think? Are these welcome additions to Google Maps? What other features would you like to see from navigation apps like this? Let us know in the comments, and while you’re at it, take a second to subscribe to our blog!

Running a business can be stressful and scary, and for these reasons, it is perhaps one of the most amazing things that individuals can strive to do. Sure, there are countless ways that things could go wrong, but all it takes is for a couple of things to go right for you to see some level of success and reap... END_OF_DOCUMENT_TOKEN_TO_BE_REPLACED