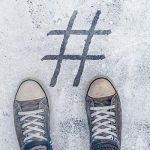 Social media has brought about a massive shift in the way people interact. Today we share our opinions, photos, and videos; and, we can even choose our dates by swiping right or left. With social media, people share moments, opinions, and other information, but is all this sharing actually setting people, and the organizations they interact with, up for failure? We’ll take a look at social media privacy concerns and potentially hazardous practices that could exacerbate the problems further.

The basic tenet of social media is the ability for individuals to share part of themselves easily. With more computing done on mobile platforms today than ever before, more people are using these applications to share little pieces of their lives. One study conducted in 2018 found that not including YouTube, it was found that 69 percent of all American adults (18+) used some form of social media regularly over the subsequent year. That number continues to grow. So much so that now nearly 40 percent of seniors use some form of social media today, up nearly 200 percent since 2012.

With so many people using social media it stands to reason that the number of people looking to steal money, information, and identities would also grow as well. This has proven to be accurate, and now today there are a fair amount of major privacy concerns that all social media users have to be cognizant of. The study also laid out what people use social media for. It won’t be a surprise to those who do use social media a fair amount that a lot of what is done is actually substituting as a social interactions hub to those people that don’t have the time (or the inclination) to interact with people in person or through other traditional methods. In fact, most people cite social media as where they share most of their civil and political views, personal health information, learn scientific information, engage in job, familial, and society-related activities; and, probably most alarming of all, it’s the place they go to get their news.

Privacy has, and will likely always be, dependent on how much an individual prioritizes the security of his/her personal information. If someone wants to keep some semblance of their life private, he/she can still do it, as long as it’s not available for people to steal. This is increasingly a problem. As social media use increases, the amount of direct integration that developers create with these social websites increases, making it easier for people to lose control over their private information.

That’s not to say that by allowing social media companies access to some of your most personal information that you will completely lose control over it, but it seems fair to suggest. In a 2014 survey, 91 percent of polled Americans suggested that they had lost control over their personal information (or how it was collected), with 80 percent showing at least some concern over the relationship advertisers and other businesses have with these social media companies.

One problem is that over half of Americans are cognizant of the dangers of having personal information fall into the wrong hands, and as a result they are actively monitoring their private information and where it is shared more effectively. The problem that faces them over time is that in order to use social media (or e-commerce for that matter), many companies are now demanding access to personal information that isn’t relevant to the transactions. This kind of data mining is beginning to creep out users as much as some of the content they find on these platforms, and it's only a matter of time before a new social platform is created that doesn’t present users these problems; or, people just begin leaving the current platforms en masse. Thus far, there hasn’t been much real negative movement on that front.

So Why Do We Stay?

This actually begs the question, “why do they stay?” If a professional lumberjack were to tell you that they have a great concern that a tree is going to fall over, would you stand directly under that tree? Obviously not. So why, when professional IT consultants tell you that you are going to have a complete social profile of you as a consumer made up of every click you make on a website, that will be sold off to advertisers of all kinds, do you not just opt out?

It could be for a multitude of reasons. Maybe you need a platform for marketing purposes. Maybe you use it differently than most and don’t share a lot of personal information? Maybe, you are one of the millions of people today that are trading their privacy for convenience? Whatever the reason is, if social media has become an important part of your life, you most likely have made some privacy concessions, knowingly-or-not, in order to use it.

Between social media and online commerce, more personally identifiable information is shared with corporate entities than you would ever share with some of your closest family members in person, let alone over the Internet. This may be a testament to the built-in encryption these services use, but more likely, people don’t consider that their personal or financial information is at risk when using these reputable outlets. This perception is a bit off, especially given the amount of information organizations are able to mine from a single, typical user.

The reality is that people find personal value in social networking and other social media. Whether it is sharing thoughts with the people they love, learning new information, entering into one of the countless discussions available, or simply as an information subsidy to their busy life, social media users have a tendency to use any downtime they have to focus on their social media. When you consider 30 percent of all online time is spent on social media (which only increases when people go mobile), you begin to understand that it carries value for hundreds of millions of people.

How do you use your social profiles? Would you consider yourself a heavy user? Do you have concerns over social media platforms’ use of your social media behaviors and other personal information? Leave your thoughts about it in the comments section and return to our blog for more great technology-related articles.

Running a business can be stressful and scary, and for these reasons, it is perhaps one of the most amazing things that individuals can strive to do. Sure, there are countless ways that things could go wrong, but all it takes is for a couple of things to go right for you to see some level of success and reap... END_OF_DOCUMENT_TOKEN_TO_BE_REPLACED