Tech Continues to Turn the Entertainment Industry on Its Head 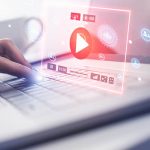 Admit it; technology is changing the way you “consume” media. Who of us hasn’t binged a show on a streaming media service while simultaneously looking up the backstory of every character on the show? Today, people want to consume content the way they want, when they want, and for as long as they wish; and technology has a lot to do with it.

The most apparent shift that has been seen is the reliance on streaming media. For a decade, outfits like YouTube and Netflix have transformed the way that people want to access media. This has opened up a significant market for content creators to get their content in front of audiences without having to depend on the major distributors. The breadth of media that is being created as a result of this access is significantly shifting the way people think about the content they consume.

In the past, content creators had to go through distributors for anyone to see the content they had created. These distributors were in an excellent position in the market. They could purchase or lease content, make deals with major advertisers and marketing organizations, and rake in all sorts of revenue. While there are still plenty of content distributors that do this, it is not as easy for them to take advantage of their position in the market today as content creators themselves are beginning to roll out their own paid services, offering them to customers online.

So as where media companies of the past relied on content scarcity to thrive, with so much consumable content being created, by so many different creators, it’s beginning to challenge the way that the traditional content distributor is viewed. Technology is driving this in these three ways:

Shift #1: Media is Being Seen on the Move: With mobile devices and wireless technology better than ever, many users have come to expect to consume significant media on the go. In fact, according to Cisco, mobile computing will drive a quarter of all video traffic by 2021. With this boost in the mobile availability of streaming, more people will potentially be exposed to this on their mobile platforms.

One way this is happening is that many media companies are starting to roll out vMVPDs or virtual Multichannel video programming distribution services. This is providing users with options to get the content they want on the devices they will utilize the most. Services like Sling TV, DirecTV Now, and PlayStation Vue are revolutionizing the way people watch content. While the significant media distributors continue to expand with their own MVPDs, it will be interesting to see if they can continue to dominate the market the way they have for decades of cable TV. On a related note:

Shift #2: Cord Cutters Are On the Rise: Cable companies have held all the cards in the cable game since its inception, but with the rise of streaming services created by content creators, more people are moving on from their cable packages. The pace at which this is happening is the most revealing variable, as cord cutting grew by 33 percent so far in 2018. So while there are 186 million U.S. adults watching cable services through cable, satellite, and telecom-provided pay-TV services, there are 33 million cord cutters. This represents an increase of 3.8 percent, slightly more than 2017’s drop rate of 3.4 percent.

Shift #3: Data Will Fuel Content Creation: Media organizations collect a lot of data. This data, if used to do so, can give content creators and decision makers a complete view of their audience. Behavioural analytics is now being used to find audience patterns inside unstructured data that is collected throughout a company’s service delivery. This will not only alter the advertising (allowing media companies to command more for advertising space), but also the content creation itself. Knowing what people want to see is a must; and, by creating shows they know people will like, it cuts down on the production costs of uncertainty. In the past, these companies would throw a bunch of shows at an audience hoping that one of them would stick.

These companies will also use the data they capture to improve the broadcast. Televised sports has been one great example of how networks are enhancing audience satisfaction through the use of technology. Not only do they use augmented reality to break down analysis, but they also have begun to utilize mobile application development as a way to enhance the viewer’s engagement by providing them with real-time statistics and data visualization.

These significant data initiatives, coupled with the increasing shift to Internet-hosted technologies to create and consume content, are working to change the way people are entertained. Are you someone that has been at the forefront of this technological shift? Do you think that traditional cable providers and telecoms will rein in the third-party content creators and win back their market share? Let us know in the comments section below.

Comments Off on Tech Continues to Turn the Entertainment Industry on Its Head
Posted in Technology
Tagged Content, Streaming, Technology

Smart devices of all types are constantly being introduced to consumer markets. People are finding that some of these devices are making it much easier to track and manage their lives. When considering whether or not these smart gadgets are useful for your growing business, you have to consider two factors: Security and reliability.  END_OF_DOCUMENT_TOKEN_TO_BE_REPLACED