The Top 5 Smartphones On the Market Heading Into 2019 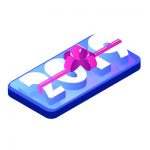 The smartphone market is a paradox. Here you have quite a few significant manufacturers producing phones in a market that has seen a seven percent decline over the past year and a decline for each of the past four fiscal quarters. It’s true that some of the companies that we’ve all been used to: HTC, Nokia, and Blackberry are bit players in a market that is primarily dominated by Samsung, Apple, and companies that sell their products to developing mobile markets.

Today, some of the largest smartphone manufacturers aren’t even household names in the west. More phones are being sold in the emerging markets of southeast Asia, India, the Middle East, and sub-Saharan Africa, and so manufacturers such as Huawei, Xiaomi, and OnePlus have taken advantage of this shift, at the expense of better-known companies like Samsung, Apple, and LG, that dominate the western smartphone markets.

As a result of this geographical disparity, what would be some of the most impressive phones on the market won’t even be mentioned on this list because they largely won’t be available for the readers of this article. Phones like the Xiaomi Mi Mix 3, the OnePlus 6t, and the Huawei Mate 20 Pro are all on par with some of the best smartphones available. So much so that the (spoiler alert) Mate 20 Pro made the list below despite not always being made available by carriers.

Since the smartphone market has hit a bit of a snag, demand for innovative new features and enhancements to the features found in these devices may be more critical than ever. Today, we will look at five of the best smartphones on the market and what makes them unique for the discerning consumer looking to improve their mobile phone before the new year.

Samsung Galaxy Note 9
Samsung’s Note series is back again after their Note 8 set records for the most expensive commercially available smartphone on the market. The Note 9 has a small price reduction, but you should expect if you were to buy one of these devices, to pay upwards of $1,100 US. The device, which is only two generations removed from one of the largest recalls in device history, seems to make some subtle improvements. The new Note 8 features a Qualcomm Snapdragon 845 processor with either six or eight GBs of RAM and 128-to-512 GB of onboard storage. The 6.4-inch Super AMOLED display’s 2960 x 1440 resolution features 516 pixels per inch. It runs Android 8.1 Oreo with The Samsung Experience software which is a significant improvement from the old TouchWiz software found on previous Samsung devices. The phone comes standard with the Samsung’s Bixby personal assistant.

The Galaxy Note 9’s camera comes with two 12 MP lenses; one with a wide angle and one with a telephoto lens. It features an LED flash and is capable of 4K video capture. It also features an 8 MP front-facing camera. The battery is a non-removable 4,000 mAh with an industry endurance rating of 97 hours and is IP68 certified. It has an onboard stylus. The “S Pen” technology provides a lot of additional functionality that includes remote control over cameras and software. For the person that wants a device that is equally good for work as it is for play, the Samsung Galaxy Note 9 is that device. It is available in Metallic Copper, Lavender Purple, Midnight Black, Ocean Blue and Pure White.

Apple iPhone XS Max
Apple’s dedication to excellence has led to them ascending back to the top spot in U.S. market share and hold fast as the world’s most profitable company. Their newest flagship, the iPhone XS Max builds on last year’s iPhone X. With the new A12 Bionic processor that improves the speed of the device 15 percent - and with a much larger neural engine that accelerates the machine learning capabilities of the device - the iPhone XS Max is at the forefront of innovative content shifts that will look to use technology such as augmented reality more effectively.

Made with a stainless steel frame and covered front and back in the glass, the iPhone XS Max looks a lot like the iPhone X. The edge-to-edge display measures a whopping 6.5-inches and features approximately 458 pixels per inch. On the surface, the cameras on the iPhone XS Max look to be the same as last year’s model. There are two 12 MP cameras on the back, one wide angle, and one telephoto zoom lens. The front-facing camera is 7 MP. Improvements to iOS 12 and the new processor improves the camera experience on the phone significantly. The battery is a 3,174 mAh that has an endurance rating at 78 hours. The iPhone XS Max comes with a hefty price tag of $1099.99 and is available in Pace Gray, Silver, and Gold.

LG V40 ThinQ
The new LG flagship, the LG V40 ThinQ, is as honest a flagship smartphone as there is on the current market. The 6.4-inch display features a bezel-less experience (albeit with a small notch) that is displayed on a 6.4-inch P-OLED screen which is the best display ever put on an LG phone. With most of the specifications you would expect from a major manufacturer, the LG V40 ThinQ, offers users exactly what they’d expect out of a high-end flagship.

The major upgrade LG has made is to the camera. Instead of a dual camera, they’ve integrated three cameras onto the back of the phone, and two more on the front. With two 12 megapixel cameras (one wide angle and one telephoto), and a 16-megapixel ultra wide-angle lens, the phone can take all manners of photos. The camera app features a “triple-preview” that allows users to see which camera will work best for the shot they are framing. Another feature, called “triple shot” allows users to take one picture and have a small video created that incorporates still photos from all three cameras. The LG ThinQ can be had for $900 and is available in New Platinum Gray, Carmine Red, New Aurora Black, and New Moroccan Blue.

Google Pixel 3 XL
The Google Pixel 2 XL’s camera paced the entire smartphone community, and many people stated that it was the best camera experience on any smartphone, ever. This has led to many of Google’s competitors focusing their efforts around expanding their camera experience. This time around, the Google Pixel 3 XL’s camera is just as lovely. Despite only having the single 12.2-megapixel camera, it still renders some of the best pictures of any smartphone and is especially strong when facing low light situations.

The Pixel 3 XL has a bright, OLED display, but has added a large notch at the top of the phone that is much larger than notch found in the LG and Apple flagships, which cuts into the screen real estate a little bit. The main draws of this phone are the best-in-class camera and the constant software support. Currently, the Pixel 3 XL runs Android’s newest OS, 9.0 Pie. It is available in White, Black, and Not Pink. With a few neat features that aren’t found on many other phones, and a price tag that is at least $100 less than both the Samsung and Apple flagships, the Pixel 3 XL will be a popular choice for consumers in 2018-19.

Huawei Mate 20 Pro
The last phone on our list of the cream of the proverbial crop may be the best phone currently available and is from a manufacturer that many consumers in the west may not recognize. This is because Huawei is a Chinese company and there are concerns by political entities that since the Chinese Government has a massive stake in the company that they may not be secure enough for American users. These fears can’t stop the Mate 20 Pro from being an absolute beast of a phone that features specifications that outpace most of the other phones on the market.

Huawei has built the phone with a 6.4-inch AMOLED display. It features a Kirin 980 octa-core processor that comes in at seven nanometers. This provides one of the snappiest performances from any phone currently available. The Mate 20 Pro also makes use of a three-camera setup providing the user with one 40-megapixel fixed wide-angle lens, a 20-megapixel ultra-wide-angle lens, and an 8-megapixel telephoto lens with 5x optical zoom. It is one of the first phones available with an in-display fingerprint reader, and also features built-in Qi charging, allowing other devices with Qi charging capabilities to charge from the phone itself. It also comes with a 40-watt fast charger in the box. At $1,100 it is one of the most expensive phones on the market and is available in Emerald Green, Midnight Blue, Twilight, Pink Gold, and Black.

Despite the lack of market growth, smartphones remain essential pieces of commercial technology. If you would like to know more about what you should be looking at in regards to smartphone technology, the professional technicians at Compudata can point you in the right direction.

What smartphone do you use? Are you in the market for one of 2018-19s newest flagships? Leave your thoughts in the comments below.

Comments Off on The Top 5 Smartphones On the Market Heading Into 2019
Posted in Technology
Tagged Mobile Devices, Mobility, Smartphone

The Top 5 Smartphones On the Market Heading Into 2019

How much does your business spend annually on data storage and data warehousing? Considering the fact that we live in a society where immense amounts of data are stored and housed online, you might be surprised by how much you actually spend on this incredibly important aspect of running a business. In fact, we’re willing to bet that you’re spending... END_OF_DOCUMENT_TOKEN_TO_BE_REPLACED