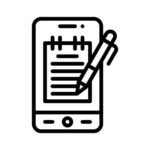 For those of you who are serial note takers, one of the best tools you can have on your mobile device or PC is a note-taking app. Today, there are literally dozens of apps that push features and benefits for the average individual. Today, we will take a brief look at some of the features that the modern note-taking application has and how integration plays a big role in their success.

What is a Note-Taking App?

This seems like it should be pretty self-explanatory. A note-taking application is a lightweight application that allows users to take notes on their mobile devices and workstations in lieu of the antiquated manner of using pen and paper. We all know a co-worker or contemporary that has dozens upon dozens of Post-It notes or folded up scraps of paper lining their desk, on the off chance that they will ever be used again. For the past decade or so, there have been several note-taking apps developed that look to eliminate the need for pen and paper and it really depends on the kind of person you are and whether they hold a lot of value for you.

The note-taking app isn’t just a version of the old Microsoft Notepad, it’s a dedicated application built to keep people organized. Most of the modern note-taking apps have similar basic functionality. They let you type, draw, or capture notes. Like the old pen and paper notebook, it just allows you to organize your thoughts and keep track of documents, personal notes, and pictures. Today’s app also offers voice integration so that you can dictate notes right into the app, a very useful feature for people looking to save a tidbit of knowledge for later.

Since the apps are designed to help you keep yourself organized there is typically a pretty robust, yet simple-to-use file system associated with the apps. Typically, most applications save files directly to the hard drive of the device you are using, but these apps are synchronized (or even hosted in the cloud) so that regardless of the device you’re using, you have access to the notes you have taken.

Where Do You Get Them?

As we stated earlier, there are dozens of different apps designed for this purpose. The most popular are Evernote, Microsoft OneNote, Dropbox Paper, Apple Notes, and Google Keep. You can get them from the various app stores associated with the OS on your device. Most, if not all, are free to download, but come with better functionality and features if you pay the service fee associated with the individual app, or if you want additional storage specifically for use with the app. OneNote is a part of the Microsoft 365 offering as well.

Do you use a note-taking application on your workstation or mobile device? If so, which one do you use and what cool features would you like to share with our readers? Leave your thoughts in the comments section below and come back soon as we discuss today’s most useful personal and business technology.

Smart devices of all types are constantly being introduced to consumer markets. People are finding that some of these devices are making it much easier to track and manage their lives. When considering whether or not these smart gadgets are useful for your growing business, you have to consider two factors: Security and reliability.  END_OF_DOCUMENT_TOKEN_TO_BE_REPLACED