The World is Going Mobile 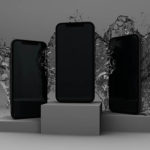 Smartphones are a big part of modern society. Just go to any place where people congregate and look around, you’ll see what we are talking about. Businesses have finally begun to realize that they can’t do anything about people bringing their smartphones into the office, so they have instead begun to alter their strategies on how to manage these devices. Let’s take a brief look at the modern smartphone and see just how much people are depending on their mobile devices.

There are only a few major smartphone manufacturers as the technology needed to make (and distribute) them takes a lot of capital. These major manufacturers are mostly from Asia, but have parts made in different locations all over the world. The modern smartphone features near-ubiquitous connectivity, desktop-like processing power, and enough storage to facilitate the millions of applications that are constantly being developed for the two main OSs. The best ones feature mics and speakers that are protected from water and sand, multiple cameras that are capable of 4K video, and batteries that only slowly degrade and can be active for half-a-day on a single charge. What’s worse, these manufacturers are doing it at a time when the devices they’ve created last a few sales cycles and result in their margins noticeably shrinking. This has created less competition at the top of the market, with more people using devices manufactured by a limited amount of companies.

A brief look at the global smartphone market will show you that there are now only six manufacturers with a market share of eight percent or more. They are Samsung, Apple, Huawei, Xiaomi, Oppo, and Vivo. Most of these manufacturers service emerging or Asian markets, while Apple and Samsung are the only truly global brands. In the United States, Apple is the largest distributor of smartphones with a 41 percent market share, with only Korean manufacturers Samsung (21 percent) and LG (13 percent) holding more than 10 percent of the market.

Things are basically the same in much of the English-speaking world. In the UK and Australia, Apple comes in with 49 percent and 55 percent of the market share, respectively. Samsung is a distant second with 29 percent and 22 percent, respectively. In mainland Europe, however, Samsung’s market share is nearly twice Apple’s. Overall there are over 1.5 billion smartphones shipped every year for a market that is now at nearly three billion people.

82 percent of people in the UK and 77 percent of Americans own one. Predictably, China is actually the largest smartphone market with nearly 800 million smartphone owners. Conversely, there are some places where smartphone adoption hasn’t reached high percentages. Despite having nearly 1.4 billion people, the smartphone ownership rate in India is only around 28 percent. Other potential growth markets include Indonesia (27 percent), Pakistan (14 percent), and several coastal African nations (6-to-13 percent).

Innovation of the Modern Smartphone

Steve Jobs is roundly credited as the “inventor” of the smartphone. Whether this is true or not is up for debate, but people in-the-know about such things say that companies were working on something like this for a decade leading up to the iPhone's 2007 launch date. Apple’s iPhone was the first smartphone to market, but even though it was only a dozen years ago now, the devices have changed precipitously.

Innovation of technology (and of the devices) has been a major driving force in pushing the use of devices. As we stated earlier billions of people actively use (and periodically purchase) smartphones and they are always looking for new ways to use their devices. So while the fundamental technologies found inside these devices have been pretty static, any new tools, and improved specifications show up on all manufacturer flagships eventually.

The best phones are no longer the best because people say they are, they are because they function as all-in-one productivity machines that can also play games, cast a desktop experience to a thin client, and work with thousands of other devices to be the central hub to a smart life. Let’s take a look at some of the new features you are going to find on the best smartphones in the world.

The displays found in today’s smartphones are more durable than any displays that have come before, and their resolutions are better. Most major flagship smartphones come with displays that feature pixel densities approaching 500 pixels per square inch. The just-released Google Pixel 4 XL ($999) features a 6.3-inch P-OLED screen with a 1,440 x 3,040 resolution (~537 ppi).

With more smartphone chip manufacturers competing for supremacy, mobile chip innovation has improved to the point where most of the manufacturers don’t have anywhere else to go.  While advancing 7nm chip manufacturing very quickly, 6nm chip processing (and under) is just now being explored. Some of the top chips available right now are Apple’s A13 Bionic, Qualcomm’s Snapdragon 855+, Huawei’s Kirin 990 5G, and Samsung’s Exynos 9825.

Well, we should say cameras, plural. Every flagship smartphone, and many budget ones have multiple cameras nowadays. People want to capture their experiences, and with today's smartphones they have a multitude of options from super wide-angle lenses to telephoto zoom lenses that zoom up to 40x.

Batteries have seen huge improvement. While their general design hasn’t really changed over the past several years, they are degrading less quickly and lasting longer. The real goal is ensuring that most phones will last a full day. This hasn’t really happened yet, but it’s going to take changes to the battery alongside innovations to the hardware and software on the device to make this happen.

Software runs the modern mobile device. The OS is typically one of two: Android or iOS. There are some other OS options, as well as some manufacturers-specific software that put a proprietary software “skin” over Android to let the user feel like they are using a new OS.
Currently, Apple’s iOS is seen as the creme de la creme of mobile OS’s, but since it is only found on Apple products the exposure to the market is limited. Android 9.0 Pie, the latest Android version, is found on the majority of flagship smartphones.

There are several app stores, but most platforms run through Google Play or the Apple App store. There are literally millions of productivity apps, lifestyle apps, retail apps, and games on each of the major app stores.

Nowadays, security has to be a priority for the mobile user and the company that wants to use the gains in mobility to improve their business. Device manufacturers are doing more to incorporate OS-based security options while a multi-hundred-billion-dollar industry has popped up with the goal of securing mobile devices and information sent to and from these devices. More hackers than ever are targeting mobile users. As a result, some companies, like Samsung, bring security to the forefront with their Samsung Knox tools, and most modern smartphones will allow you to push security policies through Active Directory so you can establish safe policies for your employees while they access company data.

Device form factor has shifted somewhat over the years with displays becoming bigger and devices becoming lighter and thinner. Some manufacturers have begun to incorporate gains in OLED technology to create foldable devices that both provide more real estate for displays while also improving device security. Only time will tell how these devices do on the open market, however.

Regardless of how you use your smartphone, there is little doubt that they are now the predominant devices that people use to send and receive information. Over time this has both created immense benefit and more vulnerabilities.

If your business hasn’t already found a way to use this smartphone boom to its advantage, or if it is still a major disadvantage for your business, you need to talk to the IT professionals at Compudata. Not only can we help you with your organization’s mobile device management, we also can point you in the direction of some strategies that can turn your distracted employees into resources for a growing mobile business. To learn more call us today at 1-855-405-8889.

Running a business can be stressful and scary, and for these reasons, it is perhaps one of the most amazing things that individuals can strive to do. Sure, there are countless ways that things could go wrong, but all it takes is for a couple of things to go right for you to see some level of success and reap... END_OF_DOCUMENT_TOKEN_TO_BE_REPLACED