Tip of the Week: How to Set Up Android Work Profiles 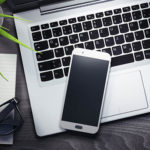 How many of your employees have a personal device that they want to leverage in the workplace? There are a few ways that this can be enabled that doesn’t put your data at risk, and that don’t keep the employee from being able to use their device the way they want to as well. For today’s tip, we’ll explore how this can be accomplished - without undermining your business’ security.

When mobile devices first came on the scene, many companies would provide their employees with these devices in order to facilitate remote work. In 2011, the Pew Research Center conducted a survey of United States adults to gauge smartphone ownership. At that point, about 35 percent had one. Eight relatively short years later, and that number has increased to around 81 percent. With personal smartphones now in the majority of pockets, it’s understandable that most people don’t really relish the thought of carrying around a second one for work purposes.

Another survey came to the conclusion that, while at work, 70 percent of employees keep their phones in sight. So, why do only 59 percent of businesses - not an insignificant number, granted, but still fewer than one would expect - allow the use of personal smartphones for work purposes? There’s tension on both sides in this case: with the employee, who doesn’t want to sacrifice their freedoms with their device, and with the employer, who has their data security to consider.

The Android platform began offering work profiles to devices running Android 7.0 Nougat - something that many businesses and end users alike haven’t realized. These work profiles effectively allow a user to differentiate between work resources and data and their own work resources and data. Users would even have second copies of applications installed, annotated with a special icon. Data is kept separate, period.

However, while these work profiles are secure, some employees may still be hesitant to utilize them. One of the biggest obstacles to Bring Your Own Device implementations comes from the reluctance many employees have to hand over access to their device. Many employees are uncomfortable with the thought of their boss having the authority to access the contents of their smartphone, yet hand over the same authorizations to applications and the corporations that run them without a second thought.

Despite this skepticism (of which there will almost assuredly be some), there are considerable benefits your business can embrace by establishing work profiles, including boosts to productivity and security.

How to Set Up Android Work Profiles

The majority of work profiles are set up through Google Mobile Management for Android. The setup process also has a few additional requirements - the device in question must be running Android 5.1 or newer, and users must have whitelisted apps in the managed Play Store.

In the Settings app, go to Management > Devices > Search and select devices. From there, open a work profile installation wizard from Managed Google Play. Once you’ve made it that far, select Create managed Google account/work profile. Finally, confirm it by selecting Create.

Need some other tools and handy tricks to help your business succeed? Reach out to us! Give Compudata a call at 1-855-405-8889.

Smart devices of all types are constantly being introduced to consumer markets. People are finding that some of these devices are making it much easier to track and manage their lives. When considering whether or not these smart gadgets are useful for your growing business, you have to consider two factors: Security and reliability.  END_OF_DOCUMENT_TOKEN_TO_BE_REPLACED