What Are the Differences Between Enterprise and Free VPNs? 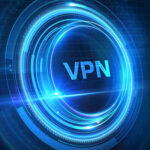 Even if virtual private networking is not a household term, it is, if nothing else, seemingly a pretty straightforward concept. However, there are certain complications that can make it a little difficult to understand for some users. Take, for example, the fact that there are two different types of VPNs. Let’s take a look at what makes them so different and which kind your business should prioritize.

“VPN” is Used to Describe More Than One Thing

Much of the confusion surrounding VPNs is that the term often refers to related concepts that are not necessarily used in the same way. These concepts can be summarized by making a differentiation between “public” and “private” VPNs.

What Does a Public VPN Do?

A public VPN gives the user the ability to access an “anonymous” network they can use to browse. This is the VPN you see advertised all over the place that allows you to get around geofiltering and geoblocking, i.e. blocking or allowing specific content based on the user’s location. You might use a public VPN to stream Netflix while abroad or to access the Netflix offerings in another country.

Unfortunately, this type of VPN has several issues, one of which is the fact that the VPN itself might be blocked, defeating the purpose entirely. Plus, a public VPN provider could hypothetically see all of your unencrypted online activity, including private messages, even if they claim to not keep a log of users’ activities. Suffice to say that “free” VPNs could be funding their operations by selling user activity to advertising networks.

What Does a Private VPN Do?

On the other hand, you have private VPNs which allow a business or organization to securely access its resources, materials, and other important data while working remotely. This assumes that the VPN has been properly configured. These types of VPNs are quite powerful and give employees of said organizations the ability to safely access whatever they might need on the organization’s network without setting foot on the premises, chief among them... applications and data storage space. Basically, it’s an encrypted connection for your data to travel over.

So, Which Of These Options Would You Rather Utilize for Your Business’ Productivity?

It should be clear that the private VPN is much better suited for professional purposes than the former, so get started today by calling us at 1-855-405-8889.

Comments Off on What Are the Differences Between Enterprise and Free VPNs?
Posted in Blog, Technology
Tagged Encryption, Technology, VPN

Imagine this scenario: you have just purchased a new computer, and you boot it up all excited to get right into setting it up, only to find that it is extremely slow and bogged down by all kinds of applications you didn’t know were pre-installed on it. This type of unwanted software can be a problem, especially for businesses when... END_OF_DOCUMENT_TOKEN_TO_BE_REPLACED