Would You Buy a Budget Smartphone? Here are Some Great Low-Cost Options 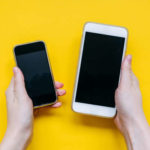 It wasn’t too long ago that the idea of paying over $1,000 for a new phone was laughable, but now it is the standard for many. Of course, not everyone is willing or able to drop that much cash, so some manufacturers also offer smartphones that are a little friendlier on the budget for the many people who are due to replace their devices.

Let’s go over some of these options for your consideration.

While you might assume that Apple has built their US market share exclusively through producing higher-end smartphones, a large portion of it comes from the options that Apple provides to consumers. Consider the iPhone SE, a device that offers solid performance at half the cost of the iPhone 12.

The 2020 version of the device takes from various models of the recognizable phone brand, utilizing the body of an iPhone 8 to host the iPhone 11’s chipset, with a camera setup that will likely stand far above those featured in other phones at a similar price point. 4.7-inch display aside, the iPhone SE might just offer the most value-per-dollar than any other smartphone on the market.

While there are only two cameras built into the device, the 12 MP lens and iOS optimization make up for it in sheer image quality. Available in black, white, or red, the iPhone SE shows that a high-end experience can be available with a mid-range device.

After years of trying to break into the flagship market, 2020 saw Google take a different tack. Many people wondered what their strategy was then the specifications of the Pixel 5 were scaled down, but this has been made clear when considering the Pixel 4a 5G.

Without leaving the budget smartphone category, the Pixel 4a 5G offers the largest display available on a Google smartphone this year with its 6.2-inch OLED screen. While the plastic construction and mediocre battery life aren’t exactly ideal, it suits the budget smartphone well. It also doesn’t hurt that Android 11 is included out of the box.

The biggest benefit that the Pixel 4a 5G offers isn’t even its 5G capability—after all, a limited number of people have access to this capacity right now. Instead, it’s the fact that it comes with the same killer camera setup that was seen in the Pixel 4.

As a result, the Pixel 4a elevates the budget smartphone to a flagship experience. Available in Just Black and Clearly White, the Pixel 4a 5G can be procured from the Google store or many major carriers.

Samsung’s Galaxy A-series includes devices that could be considered budget and mid-range, but we’re focusing on the Samsung Galaxy A51 for now. Priced to match the iPhone SE, the Galaxy A51 arguably offers much more.

First, the 6.5-inch Super AMOLED display makes the Galaxy A51 much larger than its Apple counterpart. Inside its plastic casing, the Galaxy A51 features a Exynos 9611 processor and between 4-and-8 gigabytes of RAM, depending on the options you select.

Between the display and its integrated fingerprint reader, the expandable storage, the 3.5mm headphone jack, and the sizable 4,000 mAh battery, this smartphone offers significant value for someone conscious of their budget. The Galaxy A51 can be had from most major carriers in Prism Crush Black, Prism Crush White, Prism Crush Blue, or Prism Crush Pink.

Flagship Phones of the Past

Finally, before we end our series, we need to mention that a really smart way to get plenty of value from a smartphone is to actually invest in a flagship device that was released a year or two ago. While these older flagships have specs that are pretty much in line with those found in the budget options of today, the build quality, options, and often chipsets are still superior to many more modern budget models.

A few examples of this would include the Samsung Galaxy s9 and s9+, the LG V50 thinQ, the iPhone X, and the like. These phones are often available with updated software at a very reasonable price, and because these devices were built with longevity in mind, you’ll likely get plenty of use out of them. A word of warning, these older devices probably won’t receive as many software updates and used/refurbished models are often subject to issues that newer devices simply won’t have. However, they are still something to consider if you’re looking to save some money on your next phone purchase.

And with that, our consideration of the 2020 smartphone market has ended. Have any of the devices we’ve discussed stood out? Tell us what you think in the comments, and make sure to come back for more tips and best practices!

Comments Off on Would You Buy a Budget Smartphone? Here are Some Great Low-Cost Options
Posted in Blog, Technology
Tagged Saving Money, Smartphones, Technology

How often do you find random USB flash drives while you’re cleaning up your office? Even with cloud storage as common as it is, there are still times and places for USB drives, so it’s not uncommon to find them out and about. The problem, however, is that you don’t know what’s on them until you plug them in… and... END_OF_DOCUMENT_TOKEN_TO_BE_REPLACED