Your End Users Are Your Last Line of Defense against Cybercriminals 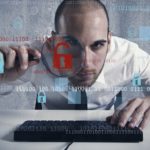 Cybercrime has been on the rise over the last few years, and it doesn’t look like it will be slowing down anytime soon. As it turns out, bad actors can turn a profit by targeting businesses, and their tools and tactics are only getting trickier.

Over the last three or four years, we’ve seen some of the world’s biggest data breaches. Yahoo, Marriott-Starwood, and Equifax were the highest profile attacks, with a combined 3.5 billion accounts hijacked for those events on their own. To put that in perspective, you could take any two human beings on the planet, and there would be a pretty good chance that one of them was a victim of a data breach over the last three years.

Security breaches like this have increased by over 67% since 2014, and the trend is still climbing.

It’s actually almost a good thing that these massively high-profile data breaches are happening. Hear me out:

We’re not looking at data breaches in a positive light, but I firmly believe that the last few years has been the lesson the world needed, and it is a lesson a lot of organizations are taking very seriously. Policies and laws are hitting the books, and compliance regulations are being mandated within certain industries. Organizations of all sizes are taking data security seriously.

What Does This Mean for Smaller Businesses?

Of course, when we talk about data breaches, we always reference the big ones like Yahoo, Target, Sony, eBay, etc. Or we talk about the municipal attacks, where large cities like Albany, NY and Baltimore, MD were targeted, along with smaller towns like Wilmer, TX and Lake City, FL being held at ransom.

We don’t hear about the 40-person company that goes under because of a cyberattack, because it affects fewer people. The problem is that small businesses are a major target. In fact, according to a survey by Verizon, 43% of breach victims were small businesses.

Smaller businesses are easier targets because they usually don’t pay as close attention to their security.

There are things you can do. If you want to start getting serious about your organization’s cybersecurity, there is no time like the present. Call our knowledgeable IT professionals at Compudata today at 1-855-405-8889 to get started taking the steps you need to keep your company’s data and infrastructure secure.

Comments Off on Your End Users Are Your Last Line of Defense against Cybercriminals
Posted in Blog, Security
Tagged Cybersecurity, Phishing, Security

Would you believe it if we told you that the members of Generation X, Millennials, and Generation Z are more likely to fall for online shopping scams than those aged 60 or over? Well, according to the Federal Trade Commission, the numbers aren’t even close. If you’re under age 60, you’re 86 percent more likely to fall prey to scammers. END_OF_DOCUMENT_TOKEN_TO_BE_REPLACED